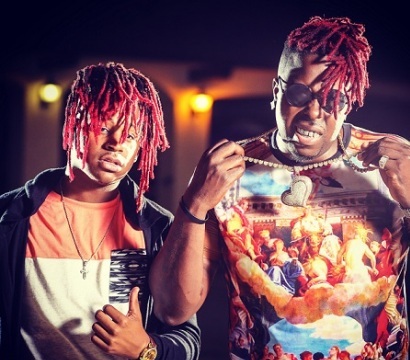 PBE,
is a rising duo out of Mobile Alabama formed of two biological brothers Brent Parker (PBE PLUTO) & Dekembi Parker (KID KEMBI),
With Kid Kembi joining his big bro at live shows, the duo developed their style and perfected their craft. Learning from noteworthy and
influential musical acts, PBE focused on making music that highlighted their complimentary styles and moved to Atlanta in 2015.
Being in a community that fosters and propels musical artists into new dimensions, PBE have the means to showcase their unique
spin on Hip-Hop, RnB, and Pop music.Their single “Get Low” earned trending status on Spotify and Twitter. The momentum of
Pluto & Kid Kembi continues to rise with sites like thisis50.com, jackthriller.com, paparazziiready.com, and hiphopondeck.com promoting
their music. Pluto & Kid Kembi released a full EP "B4 DA FUTURE" and is pushing their single "GET LOW" off the EP Get low has reached
the top 40 on the U.S Itunes R&B sales charts also various top 200 independent charts in France & Europe. They have recently released a
mixtape "DA FUTURE" with a follow up single set to release off the mixtape titled "LIL MAMA". They have previously been known by the alias
PLUTO & KID KEMBI or PBE PLUTO & KID KEMBI but they are now gearing up to release up and coming projects and content under the name "PBE".

Update Required To play the media you will need to either update your browser to a recent version or update your Flash plugin.
Download Download
Back
You Tube